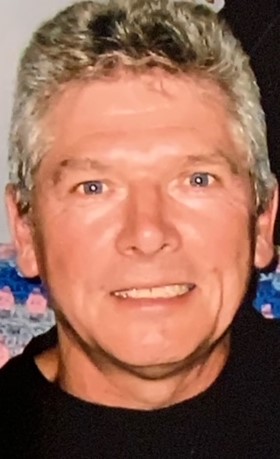 With broken hearts, we announce the passing of Robert (Bob) Chiasson, originally of Ashby Road, Sydney, NS. He was the son of the late Paul and Martha (Penney) Chiasson.
Bob was a hard working, loving father who raised three children. He spent much of his working life onboard marine vessels, both at sea and on the great lakes. He was a long-time member of the Seafarers International Union of Canada.

He enjoyed spending time kayaking, skating, biking and fishing. Bob had nostalgia for the days of his youth, and enjoyed collecting model cars that held special meaning.
He loved the open road, travelling throughout much of Canada and the US with his companions - his loving partner Donna and his beloved dog Kasey.

You would often hear Bob whistling a tune. He had a wonderful sense of humour, which remained throughout a lengthy struggle with cancer. He was always ready with a joke. And he never lost his compassion for others.
He is survived by his long time partner Donna McNeil, daughters Danielle (Troy) Tymchuk, Karen (Amory) LaCount, son Robert (Kirsten), his eight grandchildren, former spouse and friend Barbara Chiasson (Joseph Collet), brothers Wayne (Pat), Allan (Barbara) and special sister Paulette (Gosse).
Bob wished to pass along special thanks to Dr Ron MacCormick, Dr A. Mahmoud-Ahmed, and staff at the Cape Breton Cancer Centre. Also, the VON and Palliative Care staff who assisted in keeping him comfortable at home.
Though our hearts are broken, he will remain forever in our hearts. We celebrate the honourable man he has been throughout our lives.

Donations in Bobs memory can be made to The Cancer Patient Care Fund, Palliative Care or VON.
A celebration of life will be held at a later date.

A service summary is not available

Plant a tree in memory of Robert "Bob" Daniel Chiasson

Dear Donna, Danielle, Karen and Robert
So sorry for your loss!
Uncle Bobby was one of the good guys and will be dearly missed!
PAUL GOSSE

I just heard this morning of Bobby’s passing. We grew up on Ashby Road and spent our childhood together before being separated in our adulthood years. I did visit briefly with Bobby in Halifax many years ago and, ironically, presently am visiting Cape Breton, and just heard of his passing this very morning when speaking to Bernie Pino - another close childhood “buddy”! To Alan Wayne and Pollette, I am so very sorry for your lose- the memory of your Mom & Dad and “sparky” will stay with me forever! Jim MacDonald Delvecchio….

To the family:: Our heartfelt sympathies  and condolences .. Our thoughts are with you during these difficult times ....
Emile ans Suzette Chiasson

My heartfelt condolences on your loss. It was a pleasure to know Bob.

Plant a tree in memory of Robert "Bob" Daniel Chiasson