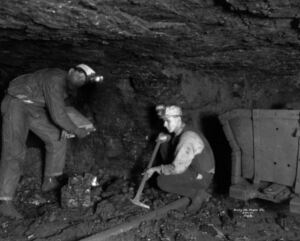 Frankie was 86 years young. He passed peacefully at the New Waterford Consolidated Hospital on February 26, 2021.
He was a proud coal miner in number 12 Colliery. He was always there with a helping hand for his family, friends and neighbours. He loved his family dearly and would often say I love all my kids the same. He enjoyed camping, fishing and hunting. He loved telling jokes and playing jokes on his family and friends. He also loved music and played several interments. He was a coal miner so he played hard, drank hard and loved hard. He went above and beyond in decorating for Christmas and Halloween and other occasions. He always tried to make holidays special for his family and friends. His favorite TV shows were the Price is Right and Dr. Pill. His door was always open for friends and family for a good game of Tarbish as long as he won. Often you could hear him say his prayers out loud with mom before bedtime.

We would like to thank Dad's Family Doctor, Dr. Azer, and all the Dr's at the New Waterford Consolidated Hospital. The Nurses and Staff on the second floor at the New Waterford Hospital and the Palliative Care Team. Also a heartfelt thank you to Dave; Dad's best buddy Dave and his wife Arlene. Also to Jim Delaney, funeral director & staff of Forest Haven - We so appreciate all you did. Cremation has taken place under the care of Forest Haven Memorial Gardens. A service in honor of Frankie's life and burial at the former St. Michael's Cemetery will be announced at a later date.

You are now in Moms loving arms Dad RIP.
We love you always.

To send flowers to the family or plant a tree in memory of Frank Vincent MacPherson, please visit our floral store.

You can still show your support by sending flowers directly to the family, or by planting a memorial tree in the memory of Frank Vincent MacPherson
Share a memory
© 2021 Forest Haven Memorial Gardens. All Rights Reserved. Funeral Home website by CFS & TA | Terms of Use | Privacy Policy