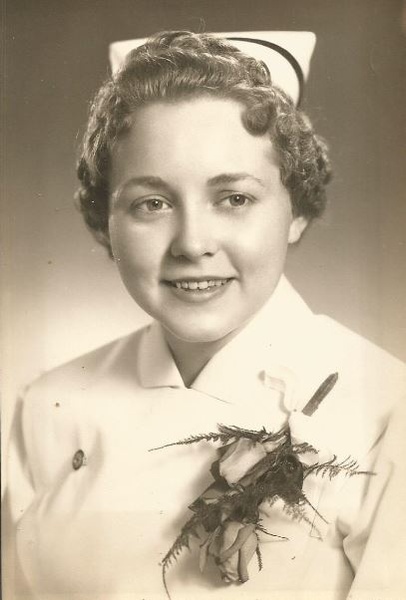 The passing of our Wilma occurred Monday morning, April 27, 2020 at home in Sydney.  Wilma was born October 28, 1935 to Charles W. and Hester (Stillman) Buchanan in Sydney, Nova Scotia.  Raised in Sydney, she attended both Argyle and Central School before graduating from Sydney Academy.  Wilma went on to attend the Glace Bay General Hospital School of Nursing to successfully become and R.N.  After training, she did private duty before going to work at the Sydney City Hospital, mainly working pediatrics and second floor.  She moved to Toronto in the early 1960's with the love of her life Wayne, who fondly recounts Wilma working at Eaton's Department store during Christmas holidays and it was then that they decided Wilma would stay home to take care of their growing family before moving back to Sydney in 1977.  Wilma is survived by her husband of 58 years Wayne Harper.  Sons Kenneth (Mary-Ann), Wilson (Carlee) and daughter Cheryl (Dennis). Grandchildren, Emma (Grandma's Angel), Scott, Monica, Shavon (James), Cole, Noah, Emily and Jacob. Great-grandson Liam as well as Emma's mother Leanne Boutilier.  She is also survived by brother Charles Buchanan (Raylene), and sister Norma Hood (and family).  Predeceased by sister Audrey MacLeod and Carmen Pottle.  A committal service will be conducted at a later date by the Rev. Peter Rafuse.  Cremation has taken place.  Special thank you to Dr. Paul Murphy for his care and compassion over the years and also to daughter Cheryl and daughter in-law Carlee for looking after Wilma in her final days, ensuring she could remain at home.

Expressions of sympathy to Wilma's family may be made at www.foresthaven.ca

To order memorial trees or send flowers to the family in memory of Wilma Harper, please visit our flower store.