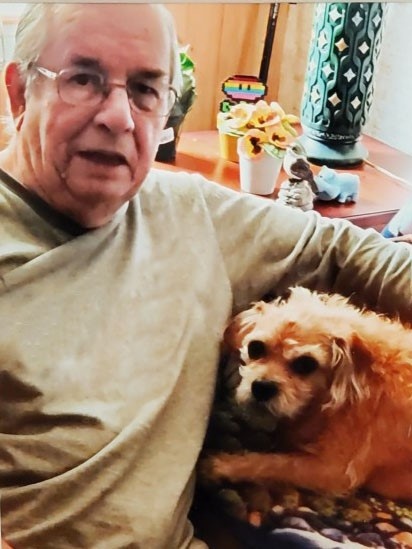 We the family, regret to announce the passing of William (Bill) Franklin Spence, 80, on November 3, 2021, at the Cape Breton Regional Hospital.

Bill is survived by his brother, Darrell, and sister, Joan MacLean, and his brother-in-law, Michael MacCuish. He is also survived by many nieces and nephews as well as family friends, Lorna Brown and her son, Phillip.

As a young man, Bill served in the Canadian Army and was a member of the Royal Canadian Legion Branch 12 where he worked for many years as a bartender. He also worked for the Sydney Steel Corporation. Nothing made Bill happier than spending time with family out on the Mira River. His love for country music gave everyone pleasure as he sang and played the guitar with his brother and friends. He helped create the Games Day yearly event held in Mira which we all truly enjoyed.

After retirement, Bill enjoyed going for walks with his sisters, Barb and Joan. He also loved gardening, doing puzzles, reading and playing video games. Shown in the photo with Bill is his canine companion the late Scooby, a dog that gave Bill many hours of pleasure.


Special thank you to the staff at Cape Breton Regional Hospital.


Cremation has taken place. There will be a small family gathering at Forest Haven Chapel on Tuesday, November 9, at 1 p.m.  Donations can be made to the Hospice Cape Breton | Palliative Care Society or the charity of your choice.

To order memorial trees or send flowers to the family in memory of William (Bill) Spence, please visit our flower store.