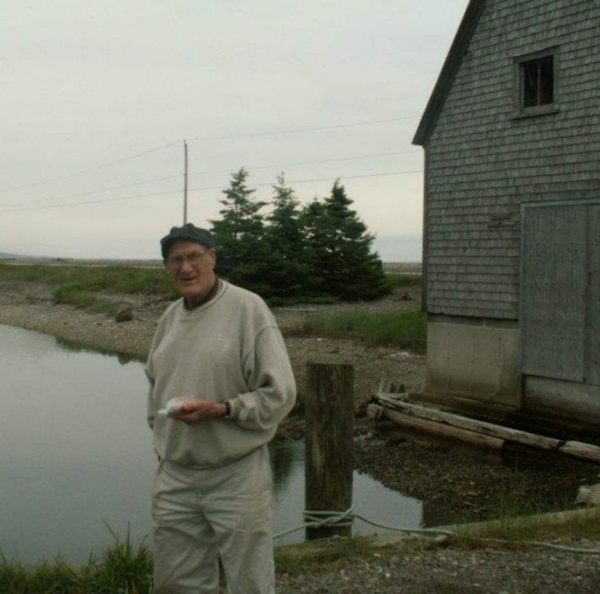 It is with heavy hearts that we announce the passing of our Dad, Roy Gene Stockley.   Dad
passed peacefully under the care of the wonderful staff at Alderwood Rest Home on Sunday,
October 17 th with family by his side.
Born in Ingonish, on August 3, 1935, Dad was one of 15 children to Alfred and Louise (Dupe)
Stockley.  He grew up on Rocky Point – (walking miles to school in snow to his armpits – up hill
both ways) and although he left home after marrying Mom and moving to North Sydney and
then Baddeck, his heart always belonged on Rocky Point.  In the late 90’s he began building his
home there on Ocean Vista Lane and enjoyed many years, hunting and fishing in the same
woods and waters as he did when he was a young boy – he was in his happy place.


Dad spent most of his working years in road and rail construction with Martell, Triner and Alex
Fitzgerald – from the mainland in Nova Scotia to Sept-Iles, (Seven Islands), Quebec.
Those who knew Dad, knew he was quite the character and storyteller – hearing a chainsaw in
the middle of the night where someone cut six feet off one of his cucumbers or having to use a
backhoe to dig up his ‘giant’ turnips!

Fishing was always something Dad enjoyed, along with hunting. No matter what his catch, he
was always very generous with his bounty – and loved sharing with others.  Dad also enjoyed
playing a good game of cards and if there was live fiddle music anywhere in Cape Breton, he’d
be there, with his toes tapping and foot stomping (most times with a little swagger/stagger).
Sunday nights was Newfie 30 (fiddle music on the radio) during this time, we were to be ‘seen
and not heard’!

Dad is survived by his daughters, Brenda (Jeff) MacDonald, Cathy (Don) Cook, his son Bruce
(Danielle), Son-in-Law, Kim Murphy, our Mom, Evelyn, along with his brother Clarence (Clancy),
and sister, Anne; four grandchildren, Ashley, Gregory, Shawn, Matthew and one great-grandson, Carson – they all were his ‘favorite’. Dad is predeceased by his son, Brad, and
daughter Jean, along with his siblings (Murray, Russ, Jim, Frances, Rose, Nora, Pat, Kaye, Mary,Hannah, and two in infancy), his father, Alfred and Mother, Louise.


Cremation has taken place under the compassionate care of Forest Haven Memorial Gardens.
A family service will take place at a later date.

A great deal of gratitude goes out to the Victoria County Palliative Care Team, Dr. John Ritter, and Paulette Levin, as well as to the caring staff at
Alderwood Rest Home and Highland Manor – we are forever grateful for taking such great care of Dad (and putting up with his shenanigans).   Donations can be made to Victoria County Palliative Care or any cause that is dear to your heart.

We will miss you Dad – thanks ‘heaps for your words of wisdom, crazy stories and songs.

To order memorial trees or send flowers to the family in memory of Roy Stockley, please visit our flower store.