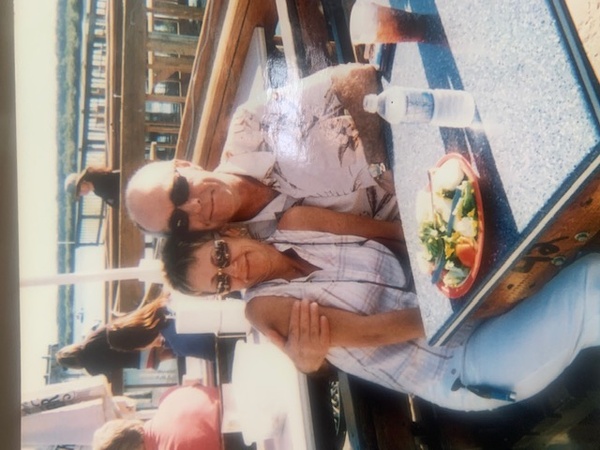 With sadness, the family of Philip Boiduk announce his passing on May 27, 2021, in Baddeck. Philip suffered from ALS but was able to stay home with the devoted loving care of his wife, Debbie MacLean. A special thank you to the palliative care team, continuing care and the nursing staff of Baddeck Hospital.

Thank you to his palliative care doctor, (Dr.Ritter). Everyone gave both Philip and Debbie exceptional care, and made it possible for Philip to remain in his home.

Philip was born on February 8, 1958, in Amherst, to  parents, Walter Vladiimir Boiduk and Marion Louise (Smith) Boiduk. He had six siblings, Michael, James,(Janice), Bruce, Susan, Stephen,(Julie) and Paul (Colleen). The early  years brought Philip and his brother Bruce to British Columbia where they lived and worked in the lumber trade.

In their free time they explored the mountains and fished the streams and lakes of beautiful British Columbia. Philip was a gifted carpenter, much of his work is found throughout Cumberland County. Philip built his own country home in Hastings,  where he and Debbie enjoyed their hummingbirds and country life. Philips humour and big dimples were his signature, he loved teasing the people, which Debbie can attest to! He lived life with integrity, honesty and adventure. Philip and Debbie travelled to many destinations, Mexico, Caribbean, Florida and Vancouver, B.C., to visit the girls and their families.

From your loving family!  "Til we meet again!"

To order memorial trees or send flowers to the family in memory of Phillip Boiduk, please visit our flower store.