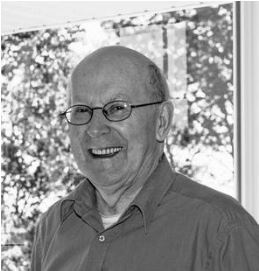 MacLEAN, Norman F. Sydney, NS March 16, 1934 January 1, 2020 It is with great sorrow that we, the family, announce the passing of Norman, age 85 on January 1, 2020 at CBRH. He was born on the family farm, to parents Norman and Elizabeth (Betsy McKeen). Norman’s mom passed when he was 3 years of age and his stepmom, Sarah (MacAuley) raised Norman as her own; she was the only mother he knew. Norman was a civil servant who worked for the postal service and was a hard-working farmer and a devoted member of the United church. He was happiest when he was outside tending to his animals. Norman is survived by his wife, Lillian (Morrison); her two children, Charlie and Darren (Kelly); two brothers, William (Fort Smith) and Gordon (Sydney), and sister, Beth Parsons (Stephenville, Nfld.) Norman was lovingly known as Poppy to his three grandchildren, Tessa, Jesse and Jaime. Besides his parents and stepmother, he was predeceased by his brother, John (Sydney). Many thanks go out to his doctor, Dr. Greg Myatt, nurse Janice, and Laura, who provided exceptional care to Norman. We would also like to thank the homecare workers who came to help Norman every morning; he enjoyed their company and they made him smile each day. Cremation has taken place and there will be no visitation at this time. A service will be planned later in the spring. Online condolences may be sent to www.foresthaven.ca

To order memorial trees or send flowers to the family in memory of Norman MacLean, please visit our flower store.