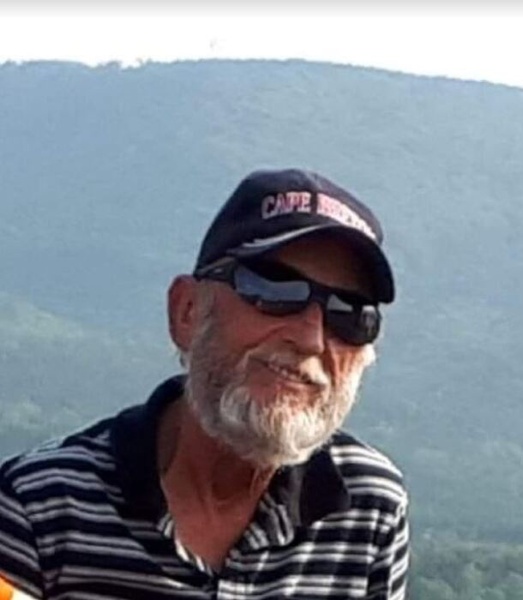 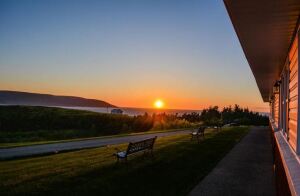 It is with great sorrow that we announce the passing of Melvin Alexander Burton, aged 67, of Bay Saint Lawrence, Nova Scotia.  He died peacefully at home after a yearlong battle with lung cancer, leaving behind his wife, Debbie (Dixon) Burton, daughter Melanie (Anthony) Cousins, son Matthew (Kristi, Jayde, Edge), two grandsons, Will and Jack Cousins and his dog companion Tucker.  Melvin was born in Bay Saint Lawrence (parents, Mary Margaret (MacNeil) and William Burton) and spent most of his childhood living at Money Point Lighthouse playing games with his sister Susie Marie and older brother Cyril (Linda) Burton.

At an early age, Melvin became a lighthouse keeper at various lighthouses in the area until he decided to settle his roots and his young family in Bay Saint Lawrence.  He held a variety of jobs during his lifetime, Manager of the Victoria Co-op Fisheries, worked at the local Central Co-op, Fisherman of the Jolie Dawn, Manager of Burton’s Store, Highland Shuttle/Courier Service, and Owner of Burton’s Sunset Oasis.  He worked hard for all that he accomplished in life.

Melvin was also a passionate volunteer.  He sat on a number of community boards (BSL Credit Union, Bay Saint Lawrence Volunteer Fire Department, Saint Margaret’s Parish Graveyard Committee) and he was always an active member trying to improve the community.

Melvin enjoyed telling tall tales, entertaining tourists, playing cards, socializing with his cousins and driving his lawnmower around his property.  He will be missed and thought of often by his friends and family. Cremation has taken place under the care of Forest Haven Memorial Gardens. Memorial donations made to the Palliative Care department of the Buchanan Memorial Hospital would be appreciated by the family.

To order memorial trees or send flowers to the family in memory of Melvin Burton, please visit our flower store.