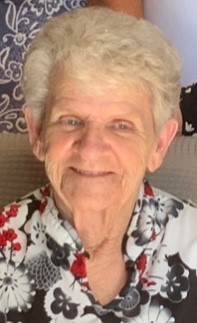 Hand delivered by a local florist

Marie (Tweedy) Arsenault passed away peacefully on the morning of Wednesday, March 2nd with the love of her family surrounding her. Tweedy was one of 12 children born to Michael (Quock) and Bernice Chiasson. Being the oldest daughter, she quickly assumed a parenting role with the rest of her siblings. She was kind and loving and was often referred by her sisters as their  ”go to person” when they had a problem. On many occasions she would be seen with three or four siblings tagging behind her.

Tweedy excelled in school and became a teacher at a very young age. She taught for one year then moved to Toronto. There she married her high school sweetheart Leo and had four children. After 10 years of city life, she decided that Cape Breton was home and the place where she wanted to raise her children. Upon her return to Cape Breton, she upgraded her teaching skills and became a Reading Specialist with the Cape Breton District School Board. She taught school for over 40 years and decided it was time for a change. Tweedy then became a partner with three other ladies and opened Travel Universal. She so enjoyed this second career and worked at it until she was 75 years old. This was not the end for her. Her next endeavor was becoming a baker for her daughters restaurant “Mickey D’s” which she did until the age of 90. This was not a surprise because throughout her life she always excelled in anything she decided to accomplish.

Besides her working career Tweedy was skilled in various areas. This included pottery, crocheting, knitting, oil painting and of course her famous fudge.  She would not go anywhere without taking fudge for everyone. She lived her life to the fullest and instilled in her children that they could achieve anything if they worked hard.

Tweedy was predeceased by her parents, her husband Leo, daughter Kathy, brothers Sonny and Mickey and her sisters Dorothy (Don), Sheila (Lawrence) Beverly (Pickles) and Connie.

Cremation has taken place under the care and direction of Forest Haven Memorial Gardens. A graveside service will be held at a later date.

Words of comfort may be expressed to the family by visiting www.foresthaven.ca

At the request of the family, donations can be made in memory of Marie (Tweedy) Arsenault