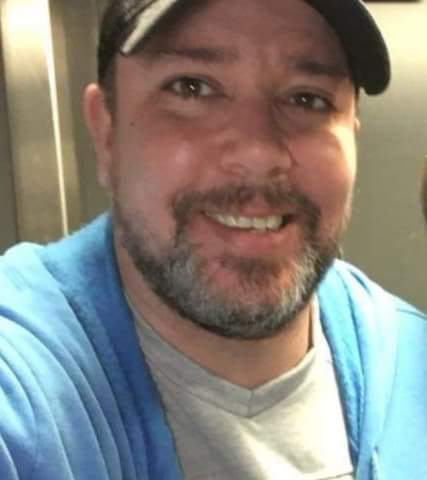 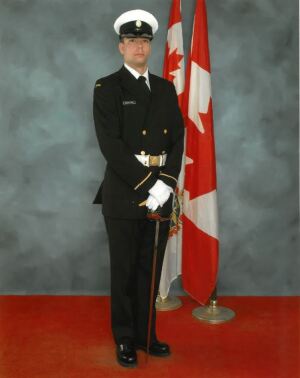 With broken hearts, we, the family of Adam MacIntyre announce his sudden passing on January 21, 2021 at home. Born in North Sydney, he was a son of Donald and Sharon (Herritt) MacIntyre.
While pursuing a Bachelor of Science degree at Acadia  University, Adam spent his summers tree-planting in Northern Alberta.  It was then he met the love of his life and the woman he married.  After various jobs in home building supplies and roofing, he decided to pursue a Career in the Canadian Navy.  There he found his love for the sea, travelling, meeting new people, and experiencing new cultures.  He travelled to the Arctic, the Mediterranean, the Gulf of Arabia, Gulf of Mexico, and Northern Europe.  He retired with 13 years of service to return home to Cape Breton with his family.


Adam enjoyed spending his time with his family, riding and customizing his Buell, sailing, and playing the banjo with a skill at various levels (depends on who you ask).  Adam was known for his great story telling ability.  With tales of his life experiences that were seemingly unbelievable but would put smiles on peoples faces and fill the room with laughter.

Along with his parents, Adam is survived by his wife of 16 years, Crystal; son Noah and daughter Violet the pride and joys of his life; brother Shane (Sara); sister Natasha (Chris Bonar); brother & sister-in-law Adam and Janet Murphy; mother & father-in-law Gary and Joyce Murphy; as well as Aunts, Uncles, Nieces and Nephews.  He was predeceased by both maternal (Wyndell & Lillian Herritt) and paternal Margaret and John A MacIntyre) grandparents.
Adam’s big heart, his love of fun, and his charm and charisma will be missed by so many.


Cremation has taken place under the care of Forest Haven Memorial Gardens and a time for family & friends to gather and celebrate Adam’s life will be announced at a later date.

For those who wish, a charitable donation may be made to the Mental Health Foundation of Nova Scotia.
Expressions of sympathy to the family can be made by selecting the "Condolences" tab above.

To order memorial trees or send flowers to the family in memory of Lieutenant (Ret) Adam MacIntyre, please visit our flower store.