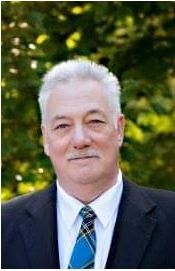 It is with great sadness that the family of John Edward (Ed) Beaton announce his passing on November 21, 2020 at the age of 63.
Ed began his career at Sobeys. During his tenure, he occupied many roles including produce manager, produce specialist and store manager. Ed was dedicated to his career, but also to serving the community in which his store was located. He was a driving force behind many fundraising events sponsored by his respective store, including Cops for Cancer, Run for the Cure and an annual community dinner initiated by Eddie Orrell when he was the local MLA. it was important to Ed that he gave back to those who needed it most, and made each person that he met feel important and appreciated.
This work continued when he retired from Sobeys. He assumed the role of executive director at CSL TownHouse in Glace Bay and worked tirelessly for seniors, children and many community members.
In addition to his career, Ed was a strident volunteer. He worked with such organizations as The Y Service Club, 100 Men who Care, YMCA, Big Brothers Big Sisters Cape Breton, and Cape Breton Regional Hospital Foundation.  He not only gave of himself, but inspired others to get involved and give of themselves.

Ed was well and truly loved.  He and his wife were together for 46 years and married for 41.  They were a team and loved and supported each other in everything that they did.  Ed was a great Dad that celebrated his kids and passed on to them his wit and humor.  He was the oldest of six children and was a great advocate for all of siblings.

There will be no service at this time.  Details of a service will be provided at a later date.  The family would like to thank both the CBRH Cancer Centre and the staff of 4C.  Their care was amazing. Donations can be made in Ed’s name to the Cancer Centre or to the CSL Town House in Glace Bay.

“But tonight, we shall hurl the gauntlet of science into the frightful face of death itself. Tonight, we shall ascend into the heavens. We shall mock the earthquake. We shall command the thunders, and penetrate into the very womb of impervious nature herself.”

To order memorial trees or send flowers to the family in memory of John "Ed" Beaton, please visit our flower store.

Services are to be announced