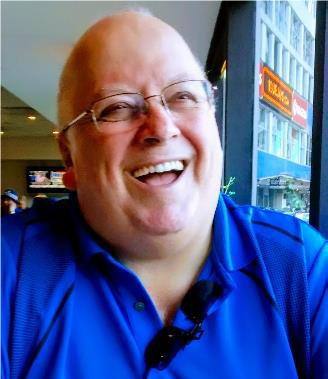 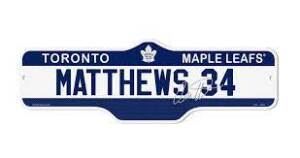 We, the family of Joel Allison Matthews, of Sydney, sadly announce his passing on Thursday, June 24th, 2021, at the Cape Breton Regional Hospital. Joel was born in 1953 in Sydney. He was the son of the late Joe and Dorothy Matthews. He is survived by his wife of 46 years, Jeanette (Netty), and his two children Cory and Kristy (Paul). He will live on lovingly in the memories of his sisters Brenda, Lillian (Bob) Philpitt, Dolores Curran, and Rose (Brent) MacLeod. Uncle Joel will forever be in the hearts of his many nieces and nephews and his many great nieces and nephews. He will be missed by his mother-in-law, Betty, his brothers and sisters-in-law, his aunts, uncles, cousins, neighbours, and friends.


Joel worked for the Cape Breton Post for close to 30 years, a job that took him down every dirt road in Cape Breton and involved meeting countless newspaper carriers. He was well known around the Sydney area for coaching various sports teams, and in particular volunteered many years with the youth bowling council.
Joel had a great sense of humour. He loved to laugh, joke, and torment, and anyone who knew him knew he was always up to something to give everyone a laugh.
Uncle Joel gave nicknames to his nieces and nephews that rarely made sense to most, but meant a lot to him and are cherished by all. Nicknames were not the only way he enjoyed playing with words. Many poems and verses were carefully crafted by Joel. Each rhyme written in a special way, to bring joy to those on their special day.
Despite his declining health in recent years, he never lost hope that he’d live to see his beloved Toronto Maple Leafs win another Stanley Cup, and if there was a Jays game on you could count on Joel to be watching, preparing for his next disappointment. Watching sports was a loved pastime for him, but nothing made him more excited than visiting Toronto and seeing his favourite teams play in person. Many a Friday night Joel enjoyed having “the boys” over for some Tarabish and his famous home-made pizzas.


Dad was a devoted family man. He loved being involved in his children’s activities, even when it meant fundraising by dressing up like Rita MacNeil and lip-syncing on stage at the Bonnie Prince. Dad was sure to be at every game, practice, concert, rehearsal, appointment, parent-teacher meeting, and graduation ceremony. A highlight of being a father for Joel was teaching his children things like how to drive a bike and car, how to swim and skate, and how to camp (even if it meant your tent was full of earwigs). Over the years the weekend camping trips were replaced with drives to and from university residences, and eventually trips across the country to visit his children wherever they lived. His happiest times were those spent with his family.


Joel was loving and cared deeply for his family and friends. Even in the hardest of times he would give you a reason to laugh and remind you that life did not always need to be taken so seriously.
With heartful gratitude we would like to thank all the paramedics and the staff at the Renal Dialysis Unit, the ER Department, and the Coronary Care Unit at the Cape Breton Regional Hospital, as well as the staff at the QEII hospital and all those who helped in Joel’s care.


Thank you especially to our family for their constant support and compassion; we are forever grateful.
In addition to his mother and father, Joel was predeceased by his sister Dolores Lillian, his grandparents, and his brothers-in-law Brian, Jimmy, and Eddy. In keeping with Joel’s final wishes there will be a private ceremony for family.


Although Joel is gone, we will always be together. He will live on lovingly in our hearts forever.

To order memorial trees or send flowers to the family in memory of Joel Matthews, please visit our flower store.