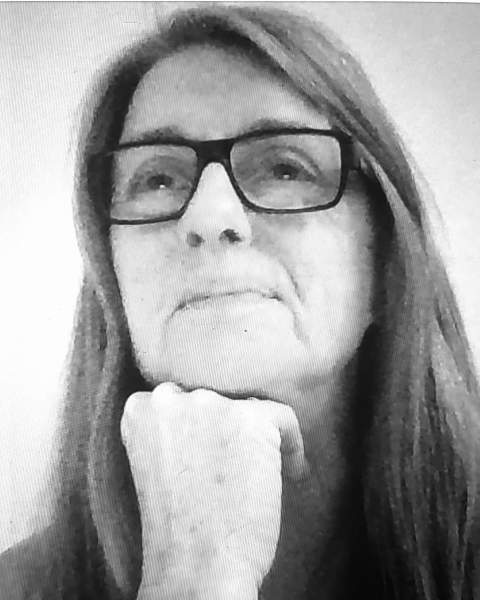 She was a much-loved daughter of Donald and Irene Pritchard. Janet was born on January 4, 1956 in

West Territories. As a young woman, Janet moved to Nelson BC where she worked for the BC Ministry

of Forestry. It was in Nelson where she met and married her first husband and biological father of her

They were married in 1987 and Randy adopted Gus.

product he required to control his disease. Janet was secondarily infected and tested positive for HIV in

1989. Angry that our health system and the Red Cross could let this happen to people, and fearful of the

prospect of Gus being left an orphan, they decided to go to the media and tell their story. At that time,

the provinces were not compensating Canadians who had been infected with HIV. Janet and Randy

fought against this. They met three times with the then Nova Scotia Minister of Health, George Moody.

formed a warm and lasting friendship through this experience. Mr. Moody has always said all he did

was listen to them. As a family, we would like to thank Mr. Moody for his warmth and compassion.

other provinces. They met other HIV infected people; they met lawyers who were leading class action

law suits, such as Doug Elliott, Dawna Ring, and Bill Selnes to mention a few. This advocacy led to the

the tainted blood issue. The result of this led to the establishment of a new blood collection agency in

Janet’s advocacy was acknowledged in various ways. She was awarded honorary doctorates from three

universities, she was the recipient of the Governor General’s Meritorious Service Medal and served on

many government and HIV/AIDS community boards to name just a few.

her three grandchildren: Gauis, Loxley and Loupin. Her recent move to Cape Breton was so that she

could be closer to them.

Janet came from a big and boisterous family. She was the third of six children. She was a much loved

little and big sister. Janet is predeceased by her mother and father Don and Irene, her younger brother

Don (Brenda) and by her husband Randy. She is survived by her son Gus and his children, her four

as many nieces and nephews.

alone. Sadly, her fight with cancer was not something we could battle with or for her. Janet will be deeply

missed by her family. And we know she will be missed by the many people whom she touched.

The family would like to thank her friends who were with her in the last days of her life: J.J Fasan, Donna

We can’t express how grateful we are to you. Please accept our condolences for your loss.

Halifax or to an HIV/AIDS service organization of your choice.

To send condolences to the family please visit www.foresthaven.ca

To order memorial trees or send flowers to the family in memory of Janet Irene Conners, please visit our flower store.