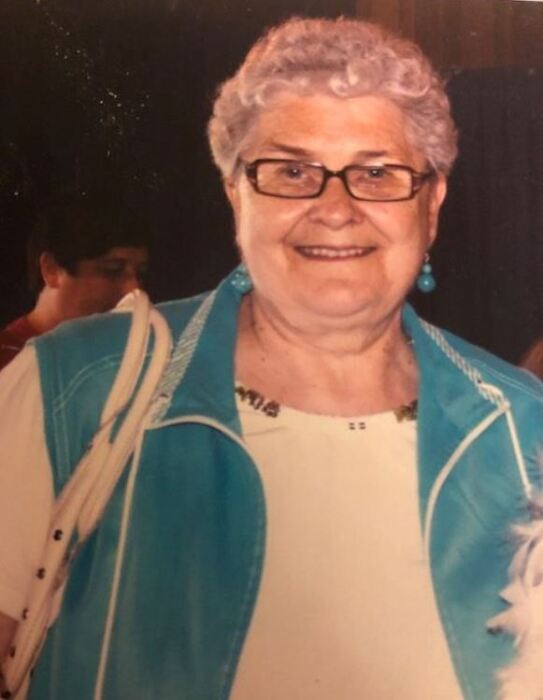 Irma (Munroe) Smith passed away on December 29th, 2020 after several months at the Glace Bay Hospital in Nova Scotia. She was 83 years old.

Born in Port Morien on May 23rd, 1937 to the late Margaret (Matthews) and Madden Munroe, Irma ventured out to Quebec after Teacher's College. She met her husband, Ralph Smith, in Beaupré, Québec, where she raised her 3 children and worked as a teacher for over 30 years.

After the sudden death of her husband in 1997, Irma decided to move back to Port Morien in 1998. Irma was a very compassionate and caring person and dedicated most of her time to helping out the community and those around her.  Her endless hours of baking and cooking for the Legion, St. John’s United Church and The Port Morien Development Association amongst others, will certainly be remembered and missed.

The family expresses their heartfelt thanks to her friends, hospital staff and Reverend Biggar who accompanied her during these past months.  While they deeply grieve her loss, they take comfort knowing that she will be reunited with her loved ones lost along the way.

Irma is survived by her 2 daughters, Melani and Jennifer, son Brent, six grandchildren and two great-grandchildren.

A memorial service will be held at a later date.

To order memorial trees or send flowers to the family in memory of Irma Smith, please visit our flower store.