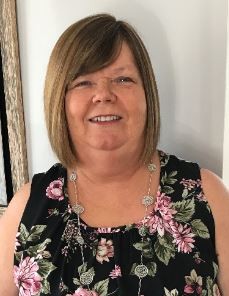 It is with great sadness that we announce the passing of Gina on August 14th, 2020 after a courageous battle with cancer.

Gina was born on August 22, 1957 to the late Carl Cosnick and Katherine Mackie.

Besides her parents she was predeceased by her stepfather Melvin Mackie and father-in-law Norbert Levangie.

Gina was the happiest when she was surrounded by family, especially her grandson, Logan. She loved Saturday nights with friends, family gatherings and traditions at Christmas, numerous trips with her husband, girls nights out and most important just being surrounded by friends and family.

We would like to extend our deepest appreciation and gratitude to everyone who supported Gina during this difficult time. A special thank you to Dr. Steven MacDougall, Arlene Billard NP, along with all the Doctors, nurses, and staff of the Cape Breton Cancer Centre, Palliative Care, and VON for your professionalism and compassionate care. Thank you is simply not enough.

Cremation has taken place at Forest Haven Memorial Gardens. There will be a private service for the immediate family.

Memorial donations can be made to the Cape Breton Cancer Centre or charity of one's choice.

Condolences may be made by selecting the "Condolences" tab above

To order memorial trees or send flowers to the family in memory of Gina Levangie, please visit our flower store.