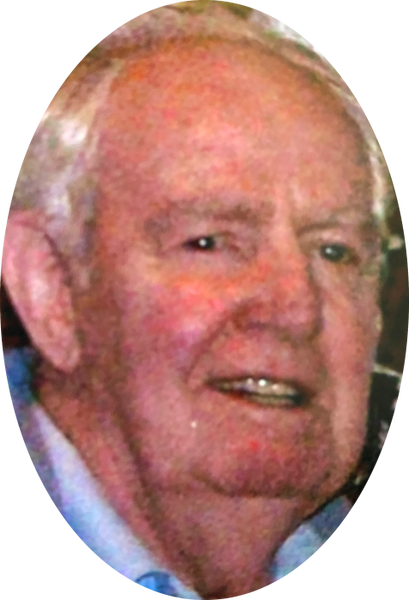 Gerald Garfield Walsh, age 96, passed away peacefully May 7, 2021, at Harbourstone Enhanced Care Facility,
Sydney, Nova Scotia. Garf was born in Sydney, Nova Scotia on February 2, 1925, and baptized at Christ
Church. He was predeceased by his wife, Theresa, whom he cherished and later wrote a song in her memory.
Garf was employed with the Dominion Iron and Steel Company (Sydney) for a short time in the mid 40’s; then
moved on to J.W. Stephens Ltd in various capacities, including superintendent of the plant until his retirement.
Throughout the years, Garf was very active in Co-Op housing and was the founder and first president of the
Woodbine Housing Co-Op in 1956-57 on Harold Street in Sydney. He later became a member of a new Co-Op
development on Stuart Street; acting as president for a number of years.


He played hockey in his younger years and continued to skate into his 80s. His biggest passion was playing
the guitar, singing, and writing songs; and would happily play for anyone that would listen.
Garf’s unconditional love for his wife (Theresa) and special niece (Barb Patterson) was known to everyone.
Barb was his little girl and treated as a daughter.
Garf is survived by his brother Doug and sister-in-law Margie and his brother Vernon, all residing in Sydney. He
is also survived by cousins, Marie and Muriel, as well as many nieces and nephews. Garf is predeceased by
brothers Jim, Reginald (Peak), Bill, Ernest, and Edward as well as sister Vivian.


The family would like to give special thanks to the Harbourstone staff that cared for Garf over the past 5 plus
years. They are truly special people, and he was very fond of the many that looked after his well-being. As the
staff will attest, he loved to eat; especially, his beans and chow (and sweets of course). Our heartfelt thanks!
There will be no visitation but a graveside service for immediate family only.
If able, the family would appreciate a donation be made to the Parkinson’s Society or your local SPCA.

To order memorial trees or send flowers to the family in memory of Garfield Walsh, please visit our flower store.