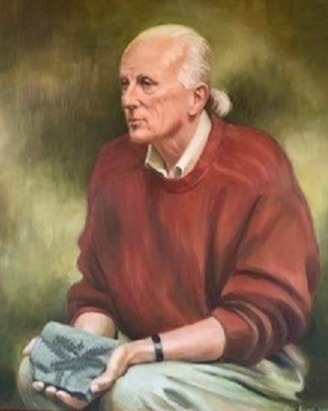 It is with sadness and great love that the family of Dr. Erwin L. Zodrow, of Sydney, NS announce his
passing on December 1, 2022 with his beloved wife Julia by his side.
Erwin was born in Germany in 1934 and at an early age, had a love of geology that would shape his life.
He overcame many obstacles during his journey of becoming an internationally known and respected
Paleobotanist.

To pursue his dreams of a higher education, Erwin departed Europe and arrived at Pier
21, in 1954. He travelled West to work and during that time learned English and obtained his high school
diploma. He attended St. Francis Xavier University, where he obtained a B.Sc. with Major in Geology in
1962. In 1967, Erwin received is M.SC Mineral Economics, from Penn State University and in 1973, his
Doctorate in Geological Data Analysis from The University of Western Ontario.

Erwin shared his passion of geology and paleobotany with students at Cape Breton University for nearly
30 years and was appointed Professor Emeritus upon his retirement in 1999. Erwin continued his
research and collaboration until his passing. His life-time contributions to Geoscience in Nova Scotia,
Canada, and Internationally are innumerable. A paleobotanist, Erwin personally collected Canada’s most
significant carboniferous fossil-plant collection of over 15,000 fossils from the Cape Breton coal mines
and named 11 new species. He is the co-author of two books and his individual and collaborative
research has been published extensively.

In 2005, Erwin was entered into the NS Discovery Center for
Science and innovation Hall of Fame for his outstanding lifetime contributions to science and technology
in both Canada and internationally. In 2021, Erwin was awarded the Gesner Medal Award by the
Atlantic Geoscience Society for his distinguished work in geosciences. Erwin’s contributions to science
will continue to be his legacy, of which he took great pride.

He will also be missed by his many colleagues and friends
around the world.

Erwin was predeceased by his parents Aloys and Maria (Abitz) Zodrow (Germany), his first wife and
mother of his daughter, Krispina Donata (nee Berg), his brother Gunter (Maureen), and his sister Betty
Socchia.
Special thanks to Dr. Lisa Gammell for her care and compassion. Memorial contributions to the CBRH
Palliative Care Unit, the CBRH Heart Function Clinic, or the EHS Special Patient Program would be greatly
appreciated.
Arrangements have been entrusted to Forest Haven Memorial Gardens with a private
family interment to take place at a later date.

To order memorial trees or send flowers to the family in memory of Dr. Erwin Lorenz Zodrow PhD., please visit our flower store.