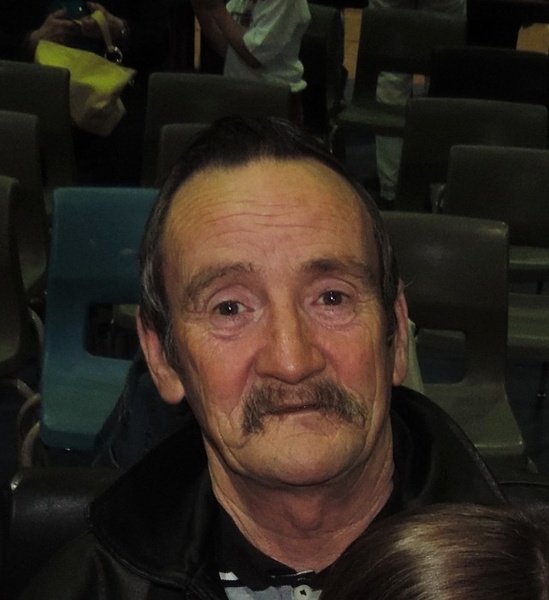 With heavy hearts we regret to announce the passing of Ernest (Ernie) McLeod, at the age of 68.
On January 23, 2020, after a brief battle with Cancer, Ernie passed away peacefully surrounded by his family and friends at the An Cala Palliative Care Unit in the Cape Breton Regional Hospital.

Born in New Waterford, Ernie was the son of William and Nellie (Bishop) McLeod. At a young age, Ernie learned to support his family when his father passed away. This began a devoted life of hard work and hospitality. In addition to working full time, Ernie made it his life's purpose to take care of others. He met his one true love, Emma Ryan, and their first date was to her high school prom. She says he taught her what true love is, and they married just four months later! Ernie was an exceptional role model for his two sons. Strong and hardworking men; their wives are forever grateful to Ernie. Every morning he made breakfast, sending them to school with hearts as full as their bellies! Firm but affectionate, he ran a tight ship without a heavy hand. The immense respect they have for their father is a testament to the kind of man he was.

A true gentleman who opened his home to everyone, Ernie's kitchen was like Grand Central Station. He was an excellent chef and baker, and somehow always had enough to go around. He enjoyed watching wrestling pay-per-views with his grandchildren, and was so proud of them all. He did not like to be in the spotlight, but preferred to sit back and take it all in. His excellent listening skills made him a story-teller extraordinaire! He seemed to know everything that was going on, and had a way of convincing us he was right (and sometimes he really was). He loved to laugh and to make others laugh. A humble man who didn't have much, but was rich with love. Standing room only in his final hours confirmed just how fortunate he was, and blessed are we who loved him.

Ernie worked as a Custodian for St. Agnes and Central schools until suffering a debilitating work injury. Tough as nails, he faced many medical challenges - bouncing back like a cat with nine lives. He survived four heart attacks and a stay in Intensive Care battling pneumonia. He didn't really slow down after a leg amputation, and continued to cook and clean from his wheelchair.  Never 'disabled' - he continued to take care of his family and never complained. Up until the day he died, when asked how he was doing, Ernie still replied, "not too bad."

There will be no visitation. Cremation has taken place under the direction of Forest Haven Memorial Gardens, Sydney. There will be a celebration of life on Tuesday, January 28, 2020 at 10:00 am at St. Leonard's Parish in New Waterford, with Father Ray Huntley officiating. Following mass, please join the family for a reception at the KOC hall on Plummer Avenue, New Waterford. In lieu of flowers, donations may be made to the Cape Breton Cancer Centre or the An Cala Palliative Care. Online condolences may be made at www.foresthaven.ca

“Every man’s life ends the same way. It is only the details of how he lived and how he died that distinguish one man from another.” - Ernest Hemingway

To order memorial trees or send flowers to the family in memory of Ernest (Ernie) McLeod, please visit our flower store.