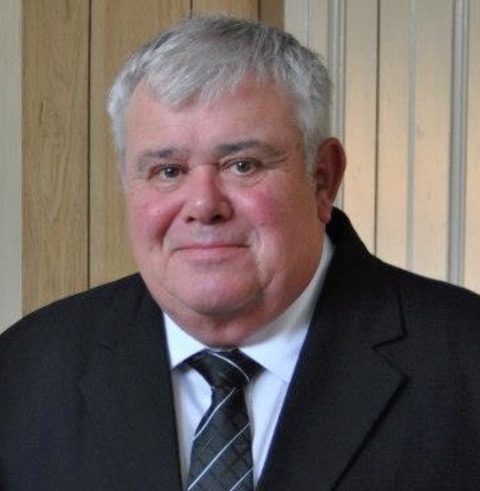 Nelson Borgal passed away peacefully on June 7 at 6:05 pm at the Palliative Care Unit at the Cape Breton Regional Hospital. His 3 girls were with him; his wife the former Brenda Young; daughters Kathryn and Lynette. Nelson was predeceased by his father Elwood (Eddie) Borgal, mother Katie Belle MacLeod, brother William MacLeod, sister Anna Andrews, nephew Elwood MacLeod, In-laws William and Olive Young and great-grandson Bishop Bjornson. Nelson is survived by his wife Brenda, daughters Kathryn Bjornson (Jonathan) and Lynette Borgal (Rob), grandchildren Kris Stefan (Crissy), Sarah Jocelyn, William Addy, great grandchildren Summer, Lynkin, Twyla and Maxine, several nieces and nephews and his best friends Ernie Young and John Livingston. Nelson loved spending time with his 3 girls and his grandchildren and great grandchildren. He was a family man and a hard worker. He graduated from Reserve District High School and worked for Ed Cusack from the time he was 13 until he married. Later he worked for Sydney Steel in the mechanical group and the water department for the Town of Glace Bay and the CB Regional Municipality. He was a member of the Glace Bay Baptist Church. Many who knew Nelson enjoyed his dry sense of humour.

In lieu of flowers you may donate to the Kidney Foundation or the Heart & Stroke Foundation. A memorial service will be held at a later date. To be absent from the body is to be present with the Lord (II Corinthians 5:8).

To order memorial trees or send flowers to the family in memory of Elwood Borgal, please visit our flower store.