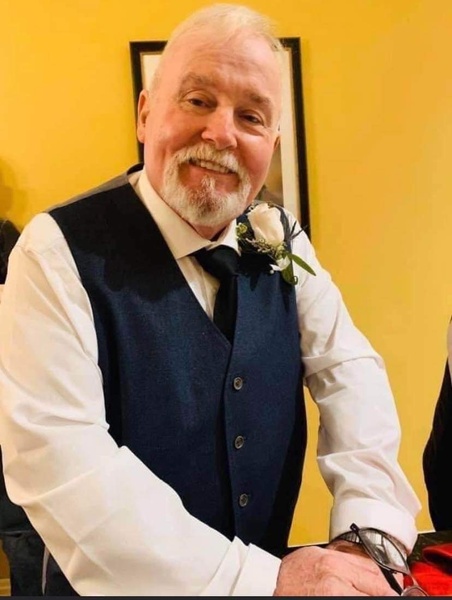 It is with a broken hearts I announce the passing of my soulmate and best friend of 38 years. Dougie battled dementia for the past several years and passed away peacefully on July 15th surrounded by so much love. Dougie was born in Reserve Mines on October 9th,1952, to Barty and Rare Oliver. He spent his early years playing hockey and later broom ball, he loved playing darts and meeting new people. He was one of a kind with his stories, humour, and his genuine personality.  He was a loving husband, son, brother, father, grandfather, great grandfather and a true friend to many.
Dougie is survived by his wife Eileen, children, Christine (Thomas) , Trisha (Nick), Wanda (Ken), Melissa (Jeremy), Winston (Lorna), and Tracy (Jim) Brother Sonny , sister Debbie, grandchildren & great grandchildren whom he adored, along with many nieces and nephews.
Special thank you to his sisters in law Donelda and Barb. He will also be missed by his sidekick and furbaby Chloe.
Dougie was predeceased by his parents Bart and Christine Oliver, his brother John, mother-in-law Lila Lynk, sons Robbie and Jeffrey, sister in law Delores.
Following Dougie’s wishes cremation has taken and there will be no visitation. A private family service will be held at a later time.
Be courageous and be brave
And in my heart, you'll always stay
Forever young…
To order memorial trees or send flowers to the family in memory of Douglas Bartholomew Oliver, please visit our flower store.