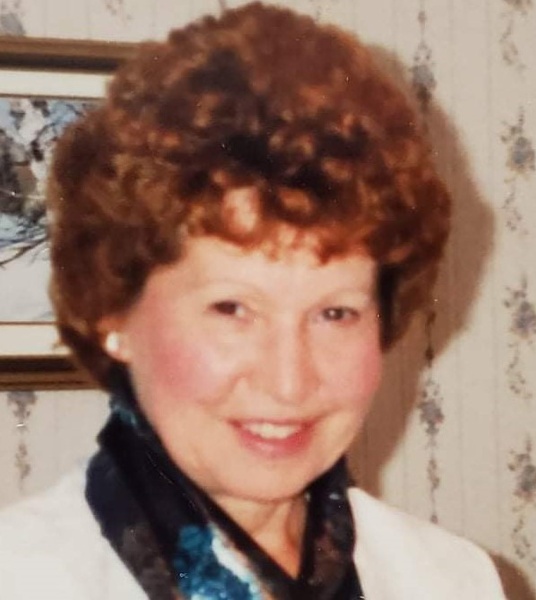 
Dorothy MacIsaac, resident of Harbourstone Enhanced Care, Sydney and formerly of Pictou, Nova Scotia, passed away on Tuesday, February 15, 2022 at the age of 85 years.


Dorothy was born in Inverness, Nova Scotia on March 21, 1936. She was the 2nd child of Angus and Margaret MacIsaac. Angus was a Coal Miner. One of Dorothy’s fond memories of her childhood was walking along the railroad tracks picking up coal with her father to help heat their home. She grew up in New Waterford and Inverness until she moved to Pictou when she was 18. Her first job was working at the Hamilton Biscuit Factory in Pictou where she enjoyed participating in their bowling league. After marrying and starting a family, Dorothy returned to high school to take a Stenography Course. Her first job after graduating was at the Scotia Bank as a teller. She moved on to work in the School Board office and then in the Registry of Deeds office. Next, she moved to the Registry of Probate/Prothonotary Office where after a several months she became Deputy of Probate.

She found her calling when she became the Registrar of Probate for Pictou County. She loved both the specificity and nuances of using probate law to make the right decisions for families when they had lost a love one. Her decisions were generally accepted, sometimes controversial, but always fair. She valued the relationships she formed with her fellow work mates along with lawyers, judges, provincial administrators and especially with her very special friend and associate Laura Lannon.  One of the accomplishments Dorothy was most proud of was sitting with her peers and rewriting most of the Probate regulations that are still in use today. Dorothy was determined to get a university degree. She would travel to Antigonish after work to attend classes at St. FX University. She eventually graduated with a degree in Economics. Dorothy retired as the Registrar at the age of 55 years. She was very touched when so many of her family, personal and legal friends attended her Retirement Party to recognize her contributions.

Dorothy enjoyed sewing, gardening, music, playing cards, travelling, and loved her dogs Tammy and Sabre. She enjoyed camping out in Caribou and her annual trips to Florida with Joe where they would spend the winter for many happy years. While attending University, Dorothy gained a great interest in Stock Market investing. She was always eager to discuss her latest stock market find, market trends and recent wins. She especially enjoyed spending time with her family.

Dorothy was predeceased by her sister Jean Scanlon; her brother Walter; her sister-in-laws Pearl MacIsaac and Lorina MacIsaac; her first husband John Robinson and her second husband Joe Vienneau.

Her family would like to thank the staff at Harbourstone Enhanced Care for their friendship and care of Mom.

The family will hold a Celebration of Life gathering in Pictou, Nova Scotia at a later date.

"In lieu of flowers please make donations to the Alzheimer Society of Canada."

To order memorial trees or send flowers to the family in memory of Dorothy MacIsaac, please visit our flower store.