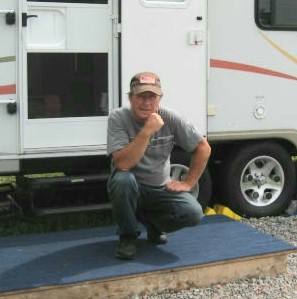 We are deeply saddened to announce the passing of David Ronald Gouthro of Gardiner Mines. David was born October 30, 1949. He was the son of Ranald and Mamie Gouthro and the eldest of six children.He was a husband, father, son, brother, uncle, and friend.David lived all his life in Gardiner Mines, he grew up loving everything about cars, motorcycles and going fast. He had a vast knowledge of chevy muscle cars, and he owned a few nice ones in his day. He spent some time in his late teens in Boston where he worked around the car dealerships and shops, he always spoke with fond memories of that time in his life.

Upon returning to Cape Breton from Boston David met his true love and future wife, Barbara and they are still together today, never parting. They had a son, Mark who David treasured and was immensely proud of, they were best friends and shared many days and adventures together working on and chasing old cars. David loved his family more than anything else.

David had a full career at Sydney Steel working in the coke ovens and rail mill. In his later years David enjoyed travelling, driving his car and bikes, but most of all he loved spending time outdoors camping and fishing in the highlands with Barbara, family, and friends, especially his lifetime friends and neighbors Ronnie and Bernie. There is no time in the Highlands!

David was young and strong at heart, but he just could not fight the battle any longer. He will be forever
loved and missed by all who knew him.

David will be cremated, and his ashes spread in the special places he loved. There will be no funeral service or wake, which he requested. Those who knew him will keep him alive in their memories.

To order memorial trees or send flowers to the family in memory of David Gouthro, please visit our flower store.