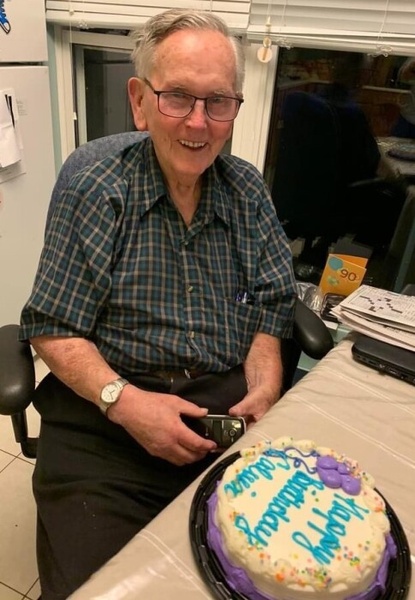 It is with sadness and love we announce the passing of Calvin Ewan MacLeod on January 6, 2022. Calvin was born on October 10, 1930 in Glace Bay and grew up in Donkin. He was the son of Duncan MacLeod and Annie Patterson MacLeod. In 1952 he married Norma (MacDonald) and they had three children Debbie, Nelson and Lori.
Calvin worked for many large companies like Canada Dry in leadership positions before starting very successful businesses of his own.

He loved skiing, fishing and riding motorcycles and continued to do so even after surviving a car crash that left him physically challenged for the rest of his life. He loved his home on the banks of the Mira.
Calvin is survived by his daughters Debbie (Colin)Richardson and Lori MacLeod-Doyle. He was predeceased by his son Nelson, brother Blair, wife Norma and son-in-law Foster.


Thank you to Dr. Jennifer Lang, the homecare workers as well as Shannon and David Tarr for their help that allowed him to remain in his own home right until the end.
No funeral service will be held as per his wishes. Internment and a memorial get together will be held at a later date.

To order memorial trees or send flowers to the family in memory of Calvin MacLeod, please visit our flower store.